Visited a few places in the Jewelry Quarter, and was suprised to see one of the oldest buildings, featured in the historical tour I went on, being 1/2 knocked down, with the rest being gutted for yet more city living! Caught the last day of an exhibition by Graham Chorlton (originally I put "GrahamChapman" but Phil of http://sixmonths.blogs.com/ pointed out my mistake!) at the St Paul's Gallery. Has to rush round a bit but saw a intresting looking projection, onto a 3D surface made of card. The gallery itself is well worth looking at - I'm not sure it gets the traffic it deserves. Had a drink at the Actress and Bishop - not your standard J.Q. bar, much more like a normal pub. Aparently they have live music some evenings. Also St Paul's Bar, very much your standard J.Q. bar, narrow, clean looking, no decent beer, but pleasent non the less. Ate at The Bucklemaker. Not been there for three or four years, they have a range of (not-at-all-spanish) tapas, and a restaurant menu too. Very nice food. I thought my sweet (fresh fruit with cream on toasted brioche) one of the best I could remember.

Updated my page on Moseley based band Pram - with a link to a BBC interview with them which asks "On a website (andypryke.com), you were compared you to Shiitake Mushrooms and truffles as 'You can only be experienced and not described'.. " - http://www.bbc.co.uk/birmingham/music/2004/10/pram/pram.shtml Added Phil Huxley (who interviewed Pram) to my Birmingham Bloggers page. His "Danger! High Postage" Blog is at http://www.philhux.blogspot.com/ Saw Misty's Big Adventure at the Academy.

Visited the Sherlock Holmes pub in Northumberland Street, which is full of Sherlockian memorabilia including a re-creation of Sherlock Holmes' sitting room. Visible features include the bust of Holmes with a gun shot, the papers on the front table are from Baskerville Hall, and some of the code from the Adventure of the Dancing Men is visible on the left. Also "discovered" the pet cemetery in Hyde Park: 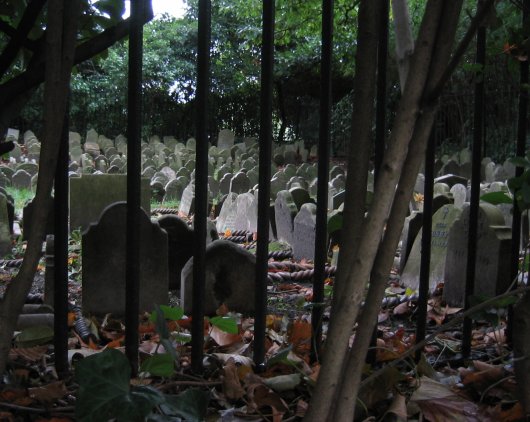 It's hard to review the work of someone who's been buying you drinks all night. There's a feeling of obligation. You have to stop and think - if I'd paid for this... If I'd paid for the drinks and the food... Felix Dennis is a rich man, who has decided to go on tour reading his poetry. His tour is known as the "Did I mention the free wine tour" and as well as free wine, features free food and free admission. I have to admit, this filled my mind with the image of the Vogon captain from the Hitchhiker's Guide to the Galaxy by Douglas Adams, of whom Ford Prefect says "if we're lucky it's just the Vogons come to throw us in to space.", and Arthur Dent says "And if we're unlucky?". Ford replies "If we're unlucky, the captain might [...] read us some of his poetry first"... I arrived just as Felix was starting - I rushed a bit as Glee Club has previously shut their doors to late entrants. I perused the wine list (6 red, 6 white, list online at http://www.felixdennis.com/) and chose a glass. I didn't have the measure of the audience, but the first poem seemed OK and went down well. The atmosphere was slightly strange - noone knew what to expect. I found a free seat (there were a few, not many) and sat and listened. Two screens showed the poet's face (to good effect). The podium was decorated with a morphed Felix-wolf face and a third screen showed poem specific video (or lava lamp / oil slides). Like I said, it's hard to evaluate someone who's buying you drinks. Would I have come if I had to pay? Would I have been harsher? However, he was taking up my time, so in that sense I'm doing him a favour by being in the audience (:-). One of two of the poems weren't that good. Some I felt were excellent. There were a lot of references to other poems, some made clear, some not. The most popular was probably the parody/reworking of W.H.Auden's "Night Mail", "This is the Server" ( http://www.felixdennis.com/frontpage.php?varid=22&prevnext=33 ), which really deserves a b3ta style video. In the break, we had food - hot chillis and samosa's which could demolish your pallate for the wine, plus some more "sophisticated" canapes, and I had my first chance to see the audience in detail. Not an arts-scene audience. Well dressed, smart. Young and old, mixed. Not an audience I'd seen before at similar events. I went to see an event, a rich man on tour. I can't say I agreed with all the sentiments expressed in his poems, but I did find them interesting. On several occasions I thought "I wonder if he's read this book" or "I'd like to talk to him about that", so I conclude that, free wine not withstanding, it was good poetry. If you get the chance, see him.

Went on a "Fungal Forray" courtesy of the park rangers at Sutton Park. There were about 20 people, and we found quite a variety of mushrooms, in what our guide told us is a "bumper year". In some places, the forest floor was carpeted. Highlights included the Devil's Stinkhorn, with it's bizare jelly filled "eggs" and a couple of Boletus species, which I later ate fried in butter. If this page stops here, you'll know that I got the species ID wrong

Saw Robyn Hitchcock at the Glee Club. He did a good set with some wonderful moments - of course, I liked the songs I knew well best. A tiny audience of only 35 people (maybe a few more came later) - I'm a big fan and watch out for flyers etc. and I only found out a few days before - the Glee needs to sort out it's publicity I think. The last gig there (two years ago) was packed. Some wonderful guitar playing, nice harmonys with Morris, a couple of nice lyric variations and some nice but short stories. Set list (aprox) I think Robyn mentioned two Brian Ferry covers

Ate at Thai Orchid restaurant in Bennett's Hill, Birmingham. Very nice decor - if you like that sort of thing. Lots of carved wood and Thai statues. Service friendly, and with a fairly good vegi selection. Food was good - lots of herb/spice ingredients which I didn't really recognise, though I'm not an expert in Thai food. Not too hot (although I like it spicy, I've found Thai Edge in Brindley Place to be way too got). Overall, worth a visit again.

Saw The Motorcycle Diaries at the Light House, Wolverhampton. It follows the epic journey of a young Ernesto "Che" Guevara, explaining how he got his better known name, and showing just how much fun you can have in a Leper Colony. Nice, almost feel good film, which gives some insight into the conditions of life for poor and indigenous people, amd why Che Guevara's life took the path it did.

Went on the 2nd Annual King's Heath Charity Crawl, organised by James Cook of the Comedy Kav as part of the Birmingham Comedy Festival. About a dozen of us visited all the charity shops in King's Heath, buying (and wearing) an item in each. After only two shops, we started to get funny looks from the passers by... Previous: Blog September 2004 Next: Blog November 2004 See Also: Web Changes for other recent updates, All Blog Pages for previous blogs. You might also want to read other Birmingham Bloggers This is my blogchalk: United Kingdom, West Midlands, Birmingham, Moseley