Perrott's Folly is one of the Two Towers which inspired Tolkein's book Lord of the Rings. It's rarely open to the public, but the Ikon are using it for an exhibition by Sofia Hult\xE9n. To be honest, I was so fascinated by the tower itself, that I was a little distracted from the work. The tower dates back to 1758, and consists of a steep spiral staircase (20 steps between floors), and a series of relatively small rooms. It's kind of kitsch castle in design. Whilst I was there a man and a small boy of about 7 arrived, the guy told me he'd lived in the area for 50 years, and never been inside. It was so nice to hear him and his son exploring this local landmark

The installation is there till the 24th of May (Thurs to Sun, 1pm till 5pm). The Ikon re-opens the space on the 4th of June for Yukio Fujimoto's The Tower of Time which runs until the 26th of July.

Visited the Ikon for the first time in a while, and really liked some of the videos by John Wood and Paul Harrison. _Shelf_shows a seemingly infinite white shelf on which random objects appear - some paint tins, little figurines, HB pencils etc. Sounds boring, but is actually fascinating and humorous. Later I saw part of another film of theirs, in which a steadily panning camera reveals an long sequence of concrete rooms. In each room, "something" happens with ball. They fly in though a window, or fall from the ceiling or emerge from a hidden space. The anticipation and surprise almost made me laugh out loud in places. They have a lot of relatively short films on display too, but I will have to return to check these out. Also showing is a large series of woodcut prints, Tale Pieces by Thomas Bewick, dating back to the late 18th and early 19th centuries. Ikon kindly provides large magnifying glasses so you can see the details in these small works. They generally deal with country scenes, featuring a small number of people, often a lone individual. Fishing, egg collecting and dogs turn up often, as do beggers, travellers and hangings! A rather odd insight into a past world.

A couple of people recommended this place to me. There's no table reservations, just a long queue but luckily I jumped this by turning up late, allowing my friends to do the queueing! They do very nice food, in a relaxed atmosphere, with amazing looking cakes. Unfortunately I was so full from all the other great food that I didn't sample them. 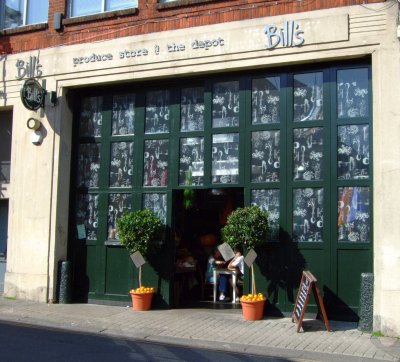 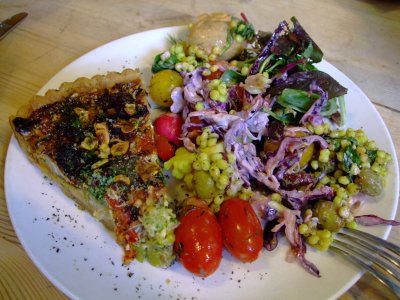 Peered in through the windows of what I think was an art college at an exhibition called "Side by Side - Fine Art Sculpture", and spotted a couple of interesting pieces. One of which reminds me of Antony Gormley's Field. 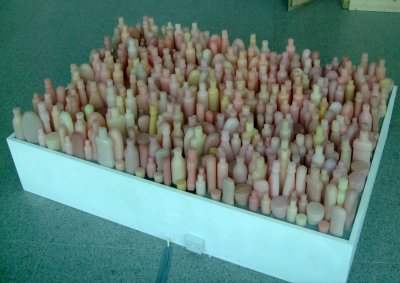 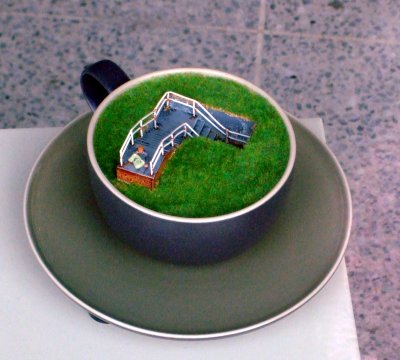 Lose yourself in a cup of tea

The eggs at Paskin's Town House persuaded me that my egg scrambling skills were in need of improvement. A quick bit of research pointed me at Mr Breakfast's in-depth egg-scrambling experiments %EXT%. I needed to cook on a lower heat and with less stirring. Now I can do perfect eggs!

I'd heard of Terre a Terre before - the Observer featured it (along with Birmingham's The Warehouse Cafe and Kitchen Garden) as one of the best ethical restaurants in the UK. So I booked ahead to ensure somewhere nice to eat on Sunday night

Decor-wise, it's warm and bright, the staff are friendly and helpful and the food is excellent (with quite generous portions too). I got to try the Arapas Mojo - cornmeal / sweetcorn cakes; the Smoked Sakuri Soba - a spiral pile of soba noodles and vegetable spaghetti, with smoked tofu , wasabi cashews and a thick satay sauce; the Tikka Kachumber - Halloumi kebab in indian spices; the Porcini Pudding - steamed suet-style pudding filled with wild mushrooms in a red-wine sauce, served with truffled mashed potatoes - delicious. 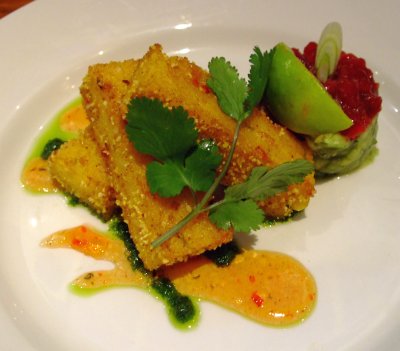 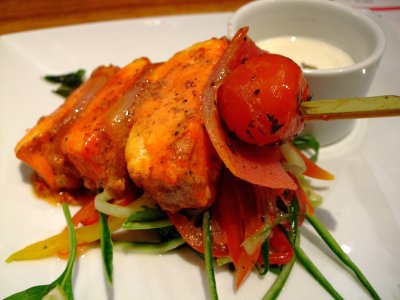 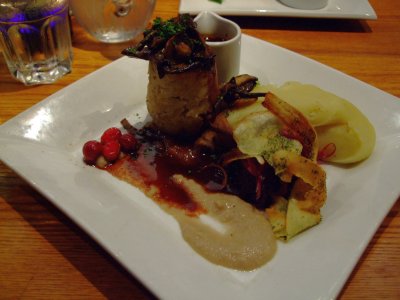 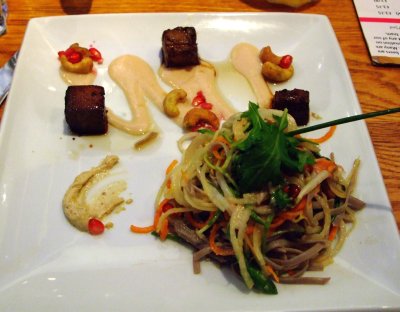 Brighton has some great Graffiti, mainly commercial / council sponsored, though there is an independent sticker scene. 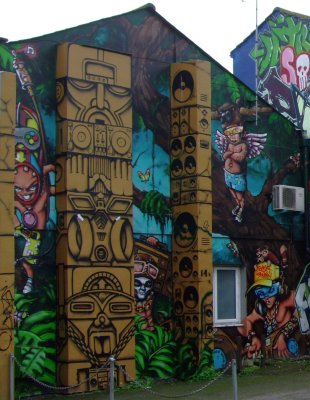 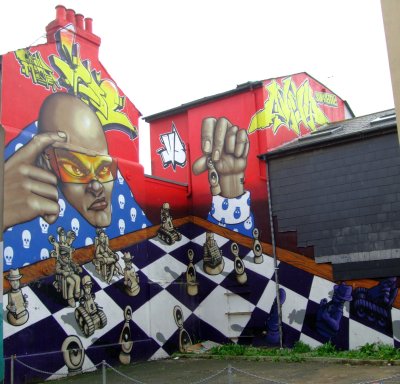 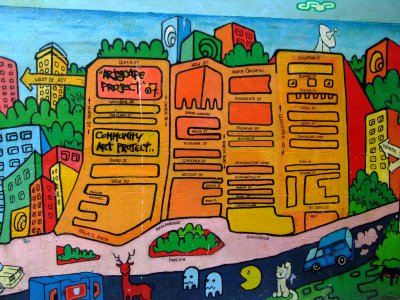 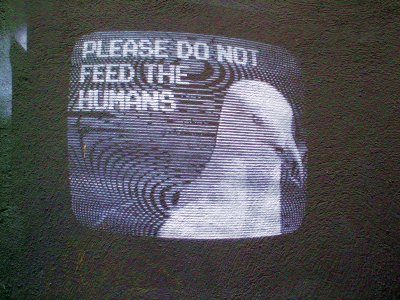 Please do not feed the Humans 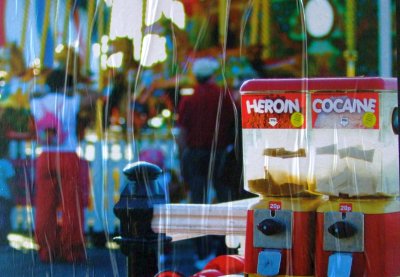 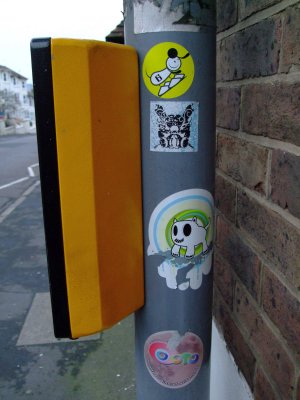 The "oriental" style pavilion is striking building, and has had an obvious influence on other architecture in the city. There are also some lovely gardens, which are even open at night. 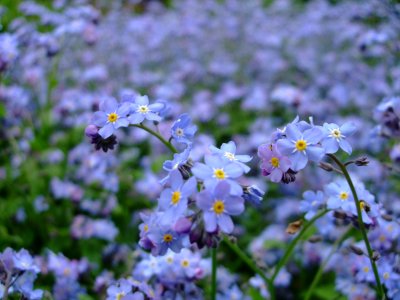 Driven by a paucity of Japanese restaurants in Birmingham, I ate Japanese for the second time in two days, this time at Pompoko. I got a nice Unagi Don (eel and rice with shredded ommlette) and a cup of green tea for about \xA35. 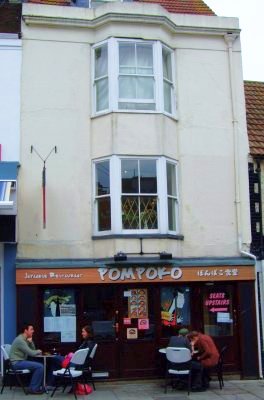 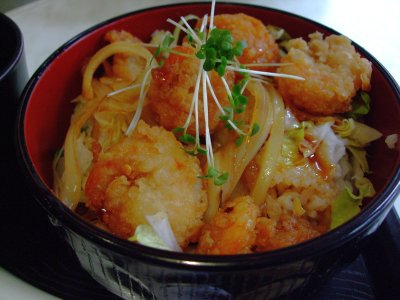 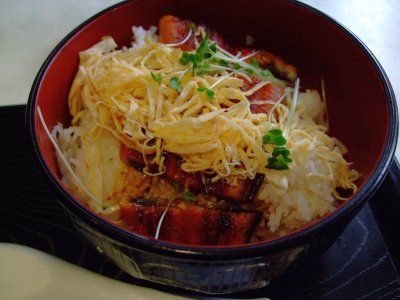 I've never visited Brighton before, but I've heard good things about it, so this Easter weekend I headed down there. It's four hours on the train from Brum, though on the way back we made it in closer to three. I booked a guest house using Trip-Advisor, which always seems to have trustworth reviews of even the most obscure places, even if it doesn't know the availability for the smaller ones. I ended up as Paskin's Town House, quite a posh place, which sells itself on it's Art Deco styling. 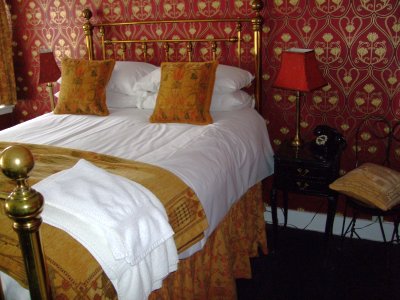 The other great thing about Paskin's is the breakfasts. Have a look at the menu online, it's not your standard "greasy eggs and squeeky toast". There's homemade marmalade, duck's eggs, some of the best scrambled eggs (with or without smoked salmon or anchovies), and the veggie and vegan breakfast options feature home made sausages and patties. To be honest, it was rather a disappointment having to leave the breakfast table to go out and explore the town. 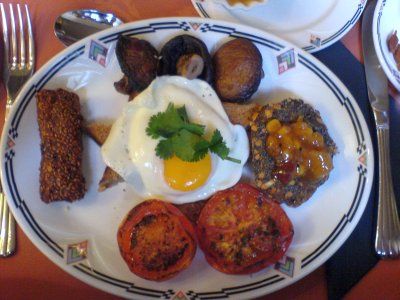 The Lanes, and North Laine

The Lane's were the main thing I'd heard about in Brighton, aside of course from the pier and the "rock". The Lanes and North Laine ("Laine" being an old world for a field, I discovered) have lots of small, independent, shops and cafes. Much of it is pedestrianised, and the cafe's spill out across the streets. There's a general sense of relaxed, slightly trendy, fun. Typical shops are Jewellers ("craft","hippy" and "trashy"), trendy clothing boutiques and nick-nacky gift shops. When the outline planning permission for the new Bullring came up, my submission suggested that we have something similar in Brum, rather than a single monolithic building which would need demolishing in 30 years or so, but sadly, these niceties are not for Brum 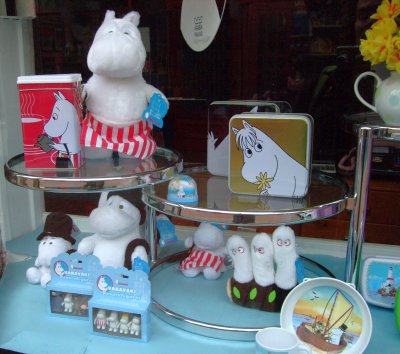 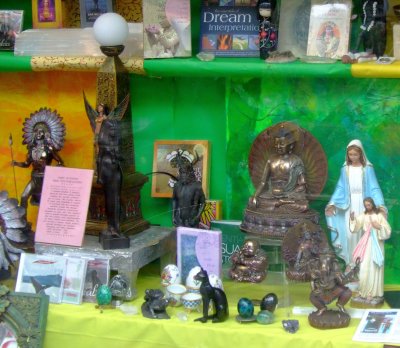 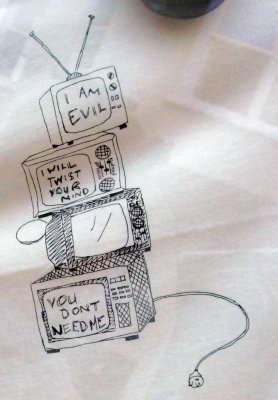 Looking for a quick meal on Saturday afternoon, I popped into Il Bistro on (or in?) The Lanes. They had a fixed price two course menu for about \xA37/8, I got a nice soup and some good quality (though not stunning) fish and chips. It's a pretty looking place, and won a Brighton City in Bloom award for it's frontage. 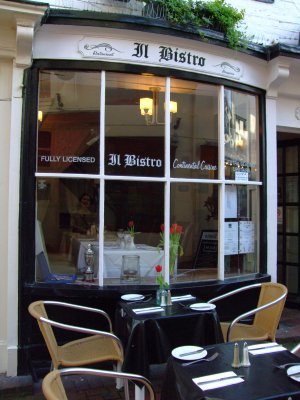 This Japanese restaurant is very close to the pavilion. They served some nice sushi and sashimi, and interesting Japan inspired cocktails. Unfortunately, I was too interested in the food to remember to take photos of it

I did capture the matcha ice cream tempura though! 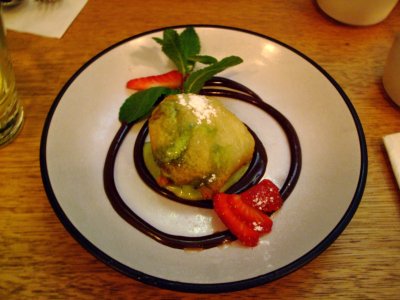 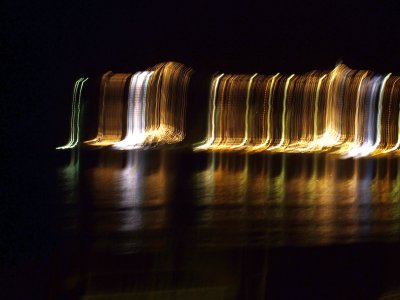 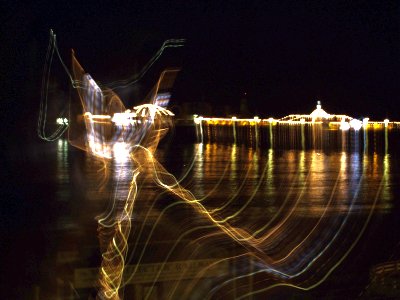 Brighton Pier - Long Exposure, Swirl and Ghost Prev: Blog March 2009 1 Year Ago: Blog April 2008 Next: Blog November 2009(!) Contact me: Website (at) Andy Pryke.com, try use a subject which will get through my Spam Filter! I've been having spam filter problems, so if you haven't had a response, I'm really sorry, please try again! See Also: Web Changes for other recent updates, All Blog Pages for previous blogs. You might also want to read other Birmingham Bloggers This is my blogchalk: United Kingdom, West Midlands, Birmingham, Moseley