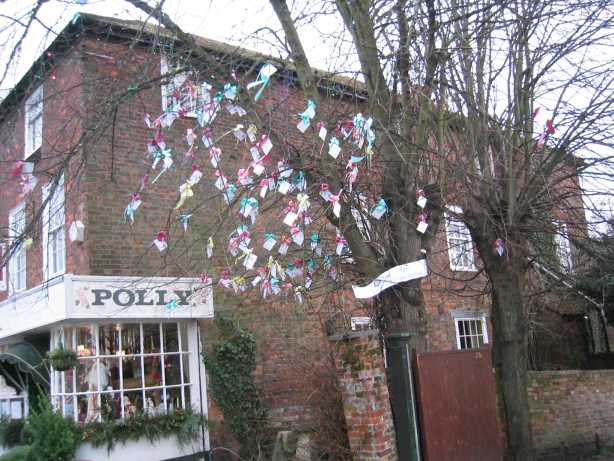 Tuesday 28th December 2004 Saw this wierd modification to the road sign for Church Rd, Moseley. It's well made, but what does it mean? 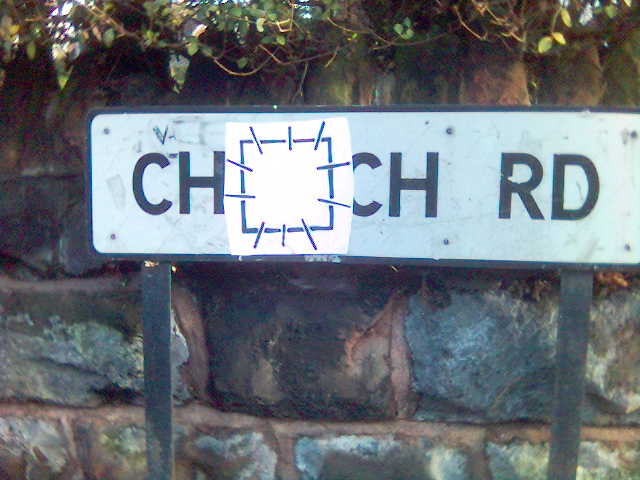 Sunday 19th December 2004 Saw Misty's Big Adventure at the Jug of Ale - bit more of a "punk-y" sound to my mind, and the Jug didn't seem quite so hot and sweaty. Simon ("Mr Simon") from Dogfood played base. Unfortunately I was late and missed Dogfood playing 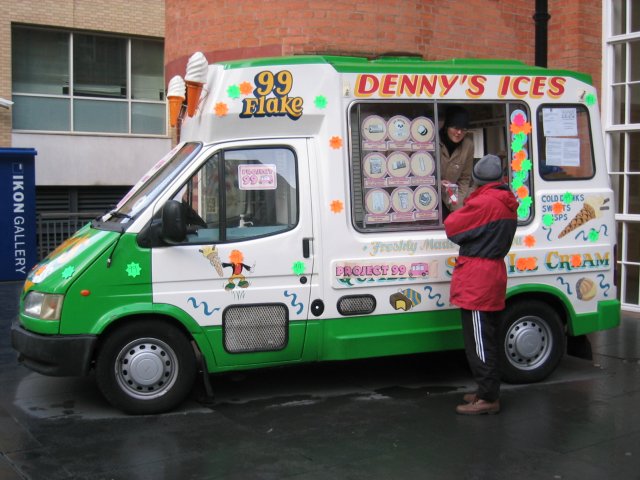 Saturday 11th December 2004 Signed up for Birmingham Friends of the Earth's "Climate Challenge" - they're trying to persude people in Birmingham to change to renewable electricity suppliers. Bought art pieces from Dreams of Tall Buildings as part of Project 99 - where two "rival" art groups sell their wares from ice cream vans, for 99p each! The van I bought from was parked outside the Ikon Gallery, and next sat will be at the MAC, while the group "a.a.s." take the Ikon pitch. Art works available included: Each piece is in a series of 99. Also ate fantastic anchovies and tortilla espanola at the Ikon Gallery Cafe. Thursday 9th December 2004 Attended the last Comedy Kav run by James Cook, featuring Ronnie Rigsby (great old-time entertainer) and Josie Long (surreal comedy from the west country). Wednesday 8th December 2004 Heard Micronormous and (most of) Misty's Big Adventure do a soundtrack to the early, silent and spooky film "The cabinet of Doctor Caligari". Great sounds, very filmic, lots of themes. Don't think it was recorded though, which is a great pity. The film itself is well worth seeing, it deals with a doctor who brings a prophesying somnambulist to the local fair. My favourite scenes included: the silent film equivalent of a crowd saying "rhubarb" when the local neighbourhood watch makes an arrest; and the decor in the hospital rooms - which would drive anyone insane! Previous: Blog November 2004 Next: Blog January 2005 See Also: Web Changes for other recent updates, All Blog Pages for previous blogs. You might also want to read other Birmingham Bloggers This is my blogchalk: United Kingdom, West Midlands, Birmingham, Moseley