Odd name really, given that there is already a rather prominant Lunar Society in Birmingham, but basically this Lunar Society means gigs run by the folk from Moseley Folk Tonight I turned up to see Greg Weeks (MySpace %EXT%) plus supporting bands but was most stuck by Kelli Ali - as were the rest of the audience - it slimmed down quite noticably by the time he was on. Kelli Ali (Myspace %EXT%) is best described as "Etherial", wearing a white floaty dress like a young Kate Bush, her perfect voice was accompanied by flute, cello and bass guitar - transporting! Next on were Festival %EXT%, two sisters plus "someone they picked up on the tour" :-), unfortunately I was sat quite close to the speaker and their harmonising voices were super-loud. Like, problematically loud. I had to block my ears in order to hear them better. The sound was just not balanced across the frequencies, which I felt detracted a lot from what they could do. The guitarist they'd picked up on the was was very good though. Later they were joined by Greg Weeks, who was good but frankly both other bands were eclipsed by Kelli Ali. You can download a sample track of her's %EXT%. 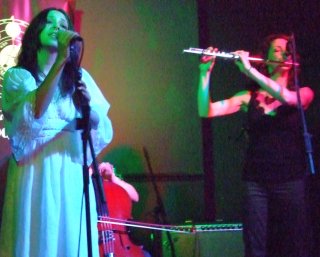 According to Answers In Gensis %EXT%, "These uniquely designed creatures continue to defy evolutionary explanation". Unfortunately for them, a "missing link" (or "transition fossil" as scientists prefer to call it) has been found %EXT%. But that's OK, they'll just say "But where's the one half way in-between the new fossil and the present day form", and come to that "where's the one half way between the ancient form and the new fossil". Damn! By that logic, the creationist argument has just got twice as stong!

I found some very funny cartoons on the Richard Dawkins = Cooler than Jesus facebook group %EXT% today. The group name is reflected in this Google Trend Graph %EXT%, which shows that there are now more people seeking Dawkins than Jesus (at least in the UK)! 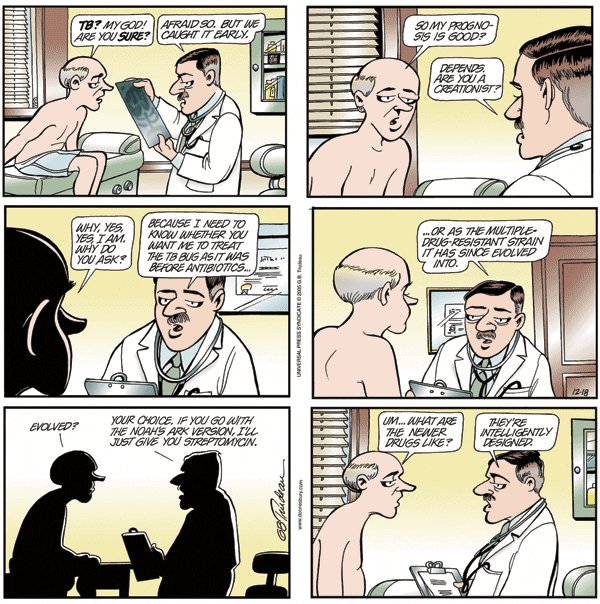 and appropriately for the turtle story above: 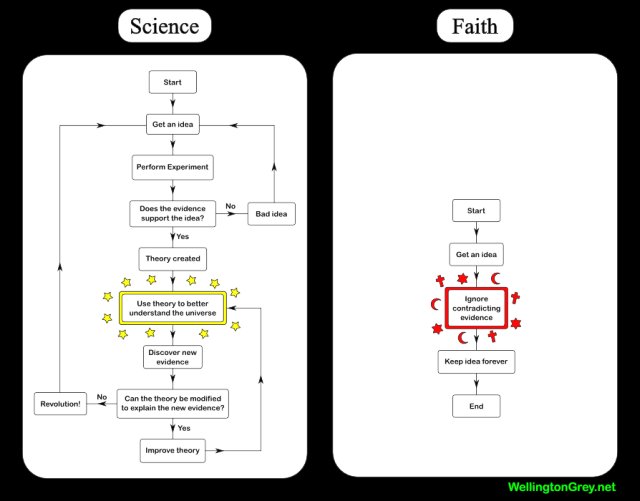 Unfortunately, several of the gig's on Misty's current tour have been cancelled due to promoter problems. Luckily for me, the Birmingham night survived, and the brought some good support bands too. When I arrived, the audience were all holding paper trumpets and making "brr de drrr de drr" noises through them whilst being "conducted" by Abie Budgen %EXT%, most of whose set I missed

What I saw was great though and her stage presence and gentle approach make her a definite one to watch. She's been gigging around Birmingham recently, so hope to see her again soon. Next up were Flipron %EXT% from Mystical Glastonbury, who played in a variety of styles - rock, blues, psychedelic and more, with a good sense of fun and humour. My favourite track was probably the Hawaiian style Skeletons on Holiday which you can download a (vocal free) MP3 from their website %EXT%. There's also a video for Raindrops Keep Falling on the Dead %EXT% and a live performance of Book of Lies %EXT% available. Wish I'd had some cash on me to buy one of their CDs! Misty's were in good form as always, tonight they played a mixture of well-known crowd pleasers, such as Elevator, Escalator, Stairs and material from their new album Television's People. You can hear some of the new material on MySpace %EXT%. There's also video's out soon for I Can't Bring the Time Back and Between Me and You - hopefully they'll be appearing soon on Mark Locke's website where you can see some great hi-res videos for other Misty's songs %EXT.

Across to Leicester for the latest of AAS's interactive adventures. Five of us met for this session and were briefed and given roles - I was on the walkie-talkie, we had a scribe/storyteller, someone taking photos, one person with a map to plot our route and a someone else audio-recording snippets as we went along. Each time we got to a junction, we would radio in to get our options for where to go next. Along the way, the route was crammed with stickers, objects hidden in odd places, chalked clues and rather stange signs. It worked very well as a team "game" although it was mainly something to experience rather than something to "win". Prev: Blog October 2008 1 Year Ago: Blog November 2007 Next: Blog December 2008 Contact me: Website (at) Andy Pryke.com, try use a subject which will get through my Spam Filter! I've been having spam filter problems, so if you haven't had a response, I'm really sorry, please try again! See Also: Web Changes for other recent updates, All Blog Pages for previous blogs. You might also want to read other Birmingham Bloggers This is my blogchalk: United Kingdom, West Midlands, Birmingham, Moseley