You are here: Foswiki>Andypublic Web>MyBlog>BlogSeptember2003 (28 Dec 2003, andyp)Edit Attach
Previous: Blog August 2003 Next: Blog October 2003 30th September 2003 Saw Seven Inch Cinema for the first time at The Rainbow. Very good and quite busy. It also included live music from Scape (accompanying Jan Svankmajer's Alice) and live music/visuals from Modulate ( http://www.ava.co.uk ). Also particularly liked Le Diable et le Garcon ( http://www.pinkdirt.pwp.blueyonder.co.uk ) and State of the Union (Cartel Communique). 28th September 2003 Saw Out Of Bounds at The MAC, a one hander play performed by the writer. Set in South Africa in the mid 1980's, it tells the story of a South African of India origin, their life with an extended family and how it changes after race riots in 1985. Nelson Mandela liked it and so did I. The actor/writer was great, and the characters really came alive. 27th September 2003 Saw Sound Art at the Ikon Gallery, ate at Shogun Sushi And Noodle Bar. 26th September 2003 Went to the opening of Radioactive in Smethwick. Fantastic! Coming out of the commercial X-ray factory, someone going past said "Spotted Dr Andy Pryke" - I wonder if they'll send it in to James! 25th September 2003 Read some of The Young Man's Book of Amusement - http://www.lateralscience.co.uk/ymboa/ymboa.html - it contains some fascinating and dangerous experiments which I'd have probably tried if I'd come across it aged 12! Saw Rob Rouse at the Comedy Kav (Patrick Kavanagh's). He was great and did an extended set. James Cook, the compare told the audience that he and his friend play a game... whenever they spot DrAndyPryke they sent a txt to each other e.g. "Spotted Dr Andy Pryke at the Prince Of Wales". He invited the audience to email him with sightings. 23rd September 2003 Visited the Wren's Nest in Dudley. Saw short local films at The Sunflower Lounge 20th September 2003 Saw Misty's Big Adventure at Bar Academy. Also playing were The$h*t - who had good costumes but some sound problems - not really my thing anyway and either Zombie Elvis or Fidel Villeneuve who similarly looked good but didn't sound great. 19th September 2003 Saw Misty's Big Adventure, Dog Food and The Dangerfields at The Royal George. I only saw 1/2 of The Dangerfields set - but they were extremely loud! Not much else to say really... Misty's were very together as always, with A Dog Like You, the one which goes "I don't know why we fight, when everything's going right" plus Day Time Better Than The Nighttime standing out particularly. No scratching, as no DJ. Also, Erotic Volvo is losing some of his gloves

- but he seemed to dance very happily

Dog Food also did a very good set, some tracks which I recognised but couldn't name. The drummer managed to strip off his shirt, put on somesort of protective helmet, string his boots around his neck and read a copy of "TheMetro" inbetween tracks! 18th September 2003 Read an article on "Bone Chapels" in Salon: http://www.salon.com/travel/feature/1999/10/30/bones/index.html 17th September 2003 Saw Be Proud Of Me (an early version) by Stans Cafe at The MAC. Using improvised dialog drawn from phrase books ("Would you like a cigarette/beer/glass of wine"), and a back projected set, it seemed to deal with an agent sent to track someone down in Frankfurt. Very good, but I'd like to see it again to work out more about what's happening! 14th September 2003 Went to a number of events at the Birmingham Arts Fest 2003: Jinrai at the Bull Ring stage - but the sound was too bass-y to do justice to them; Micky Greaney gave a good set outside The Rep; saw lots of short films at The Crescent, including a strange set of "Superhero" animations made by primary school children, and a wonderful film about making Samosas! 12th September 2003 Visited the Grianan Of Aileach, am ancient stone fort with amazing views.

Also saw St Aengus Church, which is modelled on the Grianan Of Aileach 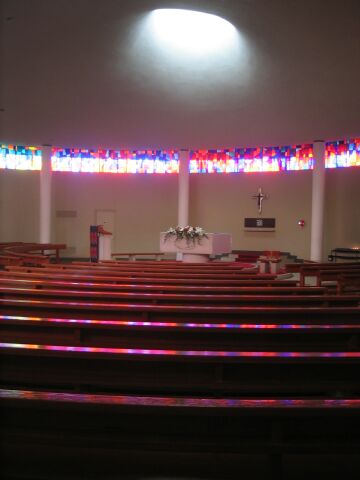 11th September 2003 10th September 2003 Visited Donegal Castle 9th September 2003 Visited the Stone Of Doon in Donegal, where chieftans of the O'Donnells clan used to undergo their secular initiation. Very close is a holy well at which worshipers are required to recite barefoot prayers, accompanied by a tree decorated by rosary beads, mass cards, walking sticks, perfume bottles and (rather bizarely), a statue of the holy virgin clutching a "Smirnoff Pure Thrill" purse. 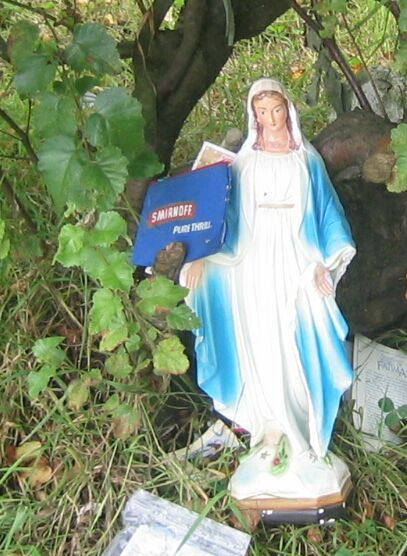 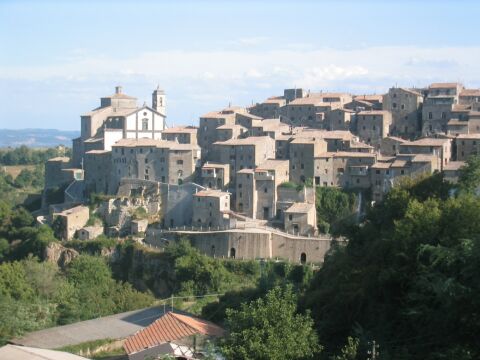 2nd September 2003 Visited St Peter's, but they wouldn't let me in as I was wearing shorts! 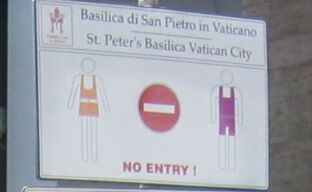 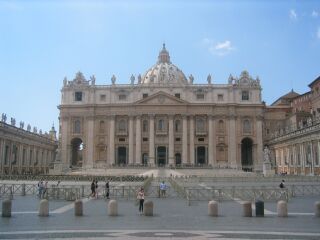 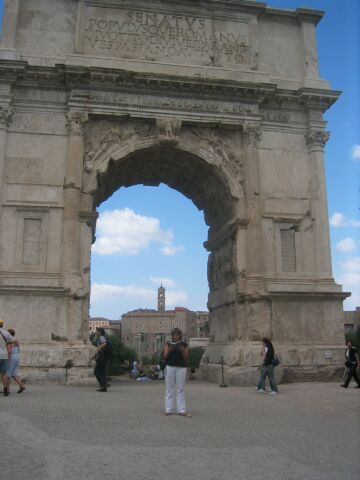 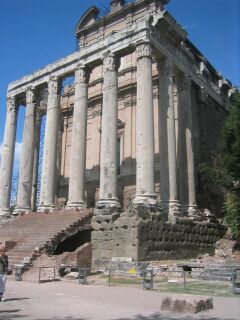 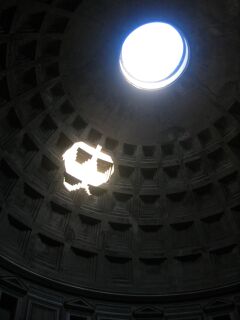