Wild Boar in the UK

Saw this sign in some woods on the welsh border near Symonds Yat. Bring back the bears and wolves too! Posted on the move at 10:21 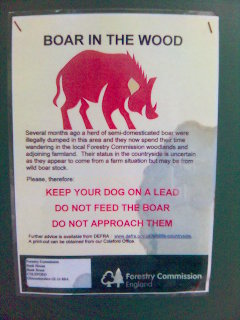 I'd never been up Arthur's Seat before, despite many visits to Edinburgh. There's certainly a great view. Posted on the move at 18:46 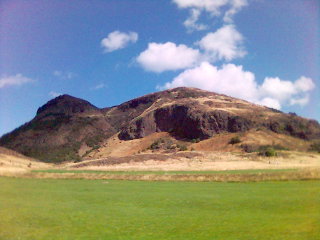 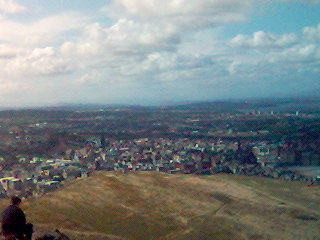 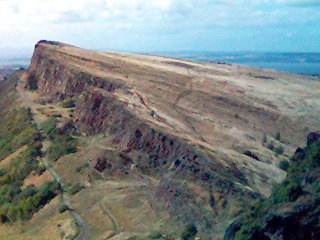 Starting in a darkness so pitch that it's hard to see your seat, we're taken on a fantastic trip through the musical career of a robot! Not any robot, but the B 44913 M (an in joke for Brumies), known more generally as B. The effective use of UV, LED and lighting effects give the show a very expensive look. B's friends include a warm and likable Brumie bass player, a psychadelic butterfly, a caterpiller, and a glowing disembodied face. These she deserts when seduced by a smarmy record company exec. Her career rockets but she crashes. Although she never speaks, B's emotional progression is clear as her movements gradually become more human and less mechanical. There's a couple of other reviews of Bleep n Grind, one from the Scotsman. Posted on the move at 7:32

(I Am) Nobodys Lunch

Civilians phoned up and interviewed many Jessica Lynchs across america and asked them questions about what they believed. Were there weapons of mass destruction in Iraq? What do you think about the rescue of Private Jessica Lynch? Do you think Tom Cruise is gay? The piece is put together in a caberet style, with dialog from the interviews woven into Marlena Dietricht style songs or recited in character. One of the characters, a psychic who channels an alien being from the Pleides, provides up with an explanation of the title. The earth is inhabited by a race of beings sent to help up by bringing us new technology, but unfortunately they feed on fear. If we succumb to the relentless diet of manipulative news, we live in a state of fear - we're their lunch. Excellent show, funny, intelligent and political. Posted on the move

Free Lunchtime Comedy at The Stand

Idle and Stewart entertained a packed room with a series of improv games. It was clear from some of the ad libs that Idle quite fancied Stewart. In the shout out emotions game she kept playing lust after jealousy had been called, and love after confusion

Yurta is a wooden structure hidden in a "secret garden" just off the High St. During the festival it will host various art installations and performances. It's amazing how quiet and peaceful it is there, just 15 meters from John Knox house. Which reminds me of a poem by Dorothy Parker: Partial Comfort Whose love is given over-well
Shall look on Helen's face in hell,
-Whilst they whose love is thin and wise_
May view John Knox in paradise. 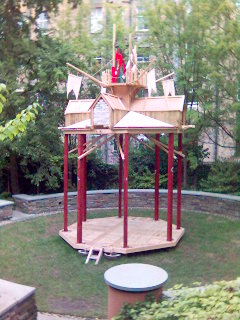 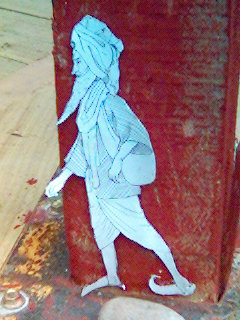 Jane Busman takes up on her journey from celebrity journalist to foreign corespondent in war torn Uganda. She starts the show by explaining that she's not really a foreign corespondent or an actress (and she's no comedian come to that), she does however turn her hand effectively to them. The show is basically Jane outlining her story, with occasional celebrity flashbacks and powerpoint picture accompaniment. It's a hard show to pigeonhole, mixing humour, storytelling and quite horrific reports of war. Posted on the move at 9:46

At The Fruitmarket Gallery, Marijke specialises in film and photography, much of it high speed. The most interesting piece is a 16mm film of a glass of water with milk being slowly dripped into it. The white ribbons and rings slowly dance and intertwine. Posted on the move

Fantastic and almost unbelievable to see NP in real 3d, chatting about his life, interviewing guests and trying the standard compare "what do you do?", "where do you live" stuff on audience members who don't seen to have encountered it before. His first guest was Glaswegen Janey Godley with whom he reminissed about his years working in the shipyards, and discussed her 3 (!) edinburgh shows. Next were australian female vocalists Women with Standards doing acappela versioni of classic hits. Finally, Nick Doody another great comedian, this time talking mainly on religion and about America. Overall, a very wasn and funny show, though slightly painful as I had to keep pinching myself in order to believe I was really seeing Nicholas Parsons live

At The Fruitmarket Gallery, Marijke specialises in film and photography, much of it high speed. The most interesting piece is a 16mm film of a glass of water with milk being slowly dripped into it. The white ribbons and rings slowly dance and intertwine. Posted on the move at 23:34 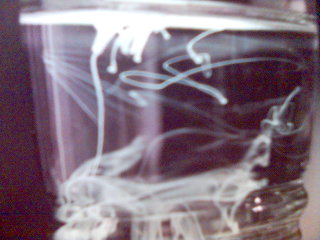 Half of the festival for me, is the wierd and wonderful people and costumes to be found on The royal mile. If some of them appear to be performing sideways, it's just an optical illusion. Posted on the move at 23:32 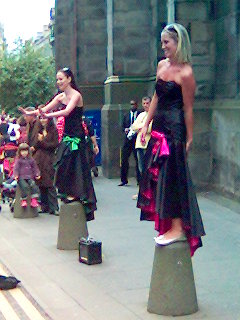 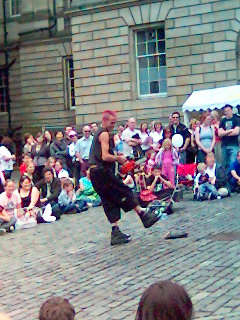 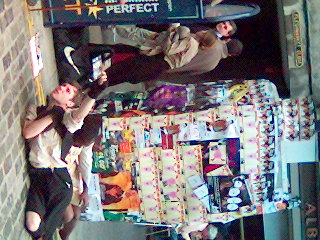 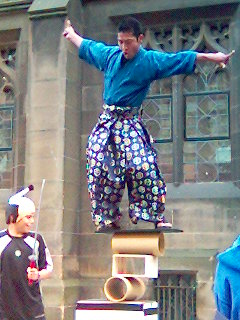 An early morning show for John and the audience. He seemed a bit disconcerted by the audience reaction at the start of the show, though it seemed fine to me. So, if took up through a series of warm up exercises. Standing up and waving our hands, getting all the glasses wearers to dance on stage with him, coming up and performing in the audience. Overall, he appeared more schoolmasterly than normal. The performance (poems and songs, with audience participation) dealt with his relationships with his parents and his daughter, with more sympathy for his father than previously. It was, of course, very funny and touching. Posted on the move at 16:06

To Edinburgh by Train 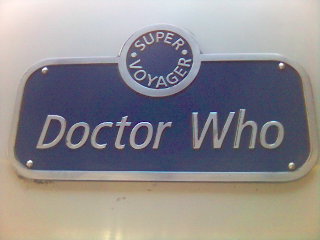 I got an email from the author of this excellent page documenting fossils from the Wrens Nest %EXT%, so I've updated my brief page on the Wren's Nest to link to it.

Later I saw the Blockheads with Phil Jupitas, who really seemed to work as a replacement for the late great Ian Dury. Novelle Vague (is that pronounced "vague" or "vAg"?) who has a much more lively reaction than at the Big Chill - I know I danced a lot!

The best thing I've seen here so far is Polly's Garden. A lovely fun place full of stories and tricks. It finishes with Pollys favourite place, a dark meditative place with stars in the roof, grass seats, soft music and relaxing tales. You can hear some of the soundscape and stories online %EXT% (click on Audio). Polly's Garden was produced by Metro Boulot Dodo %EXT% Posted on the move at 14:09 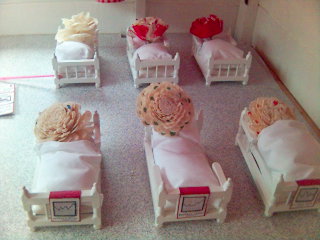 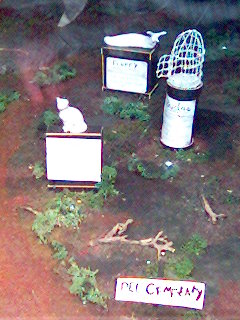 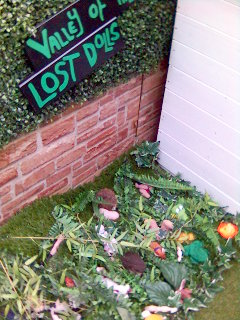 This is billed as a kids show, but was great fun for adults too. Little Howard is a cartoon boy and Big Howard is a grown-up. They tell jokes and do a great song called I Like Monkeys Posted on the move at 12:11 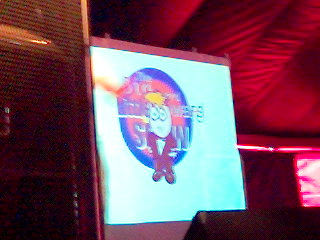 Summer Sundae is a tiny little festival, but very nice. Main attractions are nachos and veggie breakfasts and some guy called seth playing fiddle. Posted on the move at 10:55 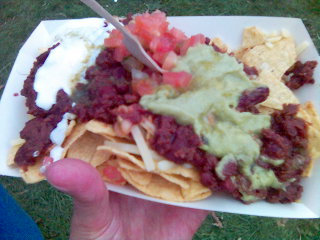 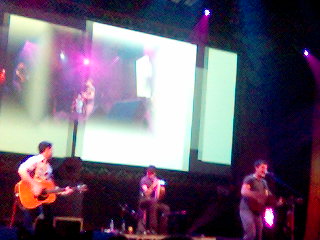 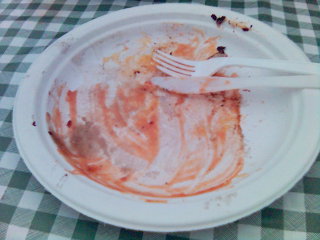 I'm off to Reykjavik soon, so I think I'll collect some Information on Visiting Iceland, such as:

Saw this nice video by OK Go in which they dance on conveyor belt exercise machine things %EXT%.

Haven't uploaded any photos yet - I've been too busy. In brief, The Big Chill is a nice festival, a bit like a section of Glastonbury transplanted. Listening in to the security and stewards on the radio revealed what seemed like quite a large number of thefts from tents - with people sleep in them. The thieves would open the tent and grab trousers, jacket, handbag or whatever they thought might contain cash! There were a couple of slightly strange things - some toilets (although generally pretty clean) lacked both any hand sanitiser and any water or nearby water tap. This kind of thing should just be sorted by looking at the map of where they're being put. Best band was the Ukulele Orchestra of Great Britain %EXT% with their great Uke' versions of well known songs like Wuthering Heights, Teenage Kicks and Smells Like Teen Spirit. I'm not sure I've heard a crowd shout for more for so long and against a compare saying "no more, we've run out of time, I'd like to introduce..." etc. Weather was good and the site is beautiful! Prev: Blog July 2006 1 Year Ago: Blog August 2005 Next: Blog September 2006 Contact me: Website (at) Andy Pryke.com, try use a subject which will get through my Spam Filter! I've been having spam filter problems, so if you haven't had a response, I'm really sorry, please try again! See Also: Web Changes for other recent updates, All Blog Pages for previous blogs. You might also want to read other Birmingham Bloggers This is my blogchalk: United Kingdom, West Midlands, Birmingham, Moseley